Today I was fortunate enough to interview Sean O’Driscoll, General Manager Community Support and MVP at Microsoft about online communities. It will be podcasted soon. I came across Sean’s blog Community Group Therapy as a result of learning about Lee LeFever’s Common Craft blog from Lee’s great video on RSS feeds which resulted in what he called his snow day. He truly deserved his snow day with this video – although I am still jealous because we do not get snow in Western Australia.

I decided to tack a different tack with this interview to make it different from the interviews that Sean had done previously. I started with explaining to Sean that people are always amazed when they learn that my job role is teaching people how to farm fish; they tend to be fascinated as to how I got into this industry so I wanted to know how he ended up being in charge of online communities at Microsoft. This in itself lend to a great discussion and a fish farming connection because he explained that Lee LeFever’s family has established one of the largest Koi farms in the US (he and Lee are good friends). Picture of Koi from Lee Lefever’s flickr underwater photostream. 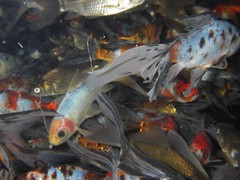 I already knew, from following Sean’s work, that he felt that at his age he could not keep up with the young (please note he is younger than me) and where they are at in terms of using technology for social networking. I find this an interesting topic because I meet many people that feel this way. Fortunately I have the benefit of working with lots of young students (majority from 16 to early 20s); and what I have learnt is that in many cases we have this belief that the younger generation grew up with computers and using this technology that they are good using technology; because they must be due to growing up with it. The reality is that they are more comfortable with using the technology than our generation (more willing to just go for it rather than spend a week trying to read an instruction manual), and are good at using it for what they want to use it for (e.g. online gaming or social networking) however most are definitely not better at using it (often their ability is limited specifically to their desired outcomes).

From an educational point of view, I would encourage all educators to engaging in discussions with their students about technology. I have had some great discussions with my students on topics like why they would waste time trying to use the Internet (when it was playing up) when they could get the information from a book and mobile phones. Based on Sean’s comment in the interview about the young and emails I will definitely be asking them some questions about their use of emails.

I look forward to creating time in my schedule to edit this interview into a podcast so you can hear the information Sean shared with me. Thanks Sean for your time. I have not organised a photo of Sean yet however being an Australian I was amazed at Sean’s great BBQ set up which I felt I had to share with my Aussie network. I wonder if Sean chucks a shrimp on the barbie? 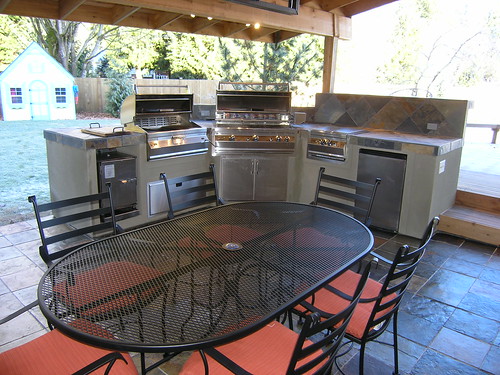